So I left you hanging, I understand it's not much fun.

It's not much different from what was happening as we played the waiting game. What was going on with Jason and when would I get to be with him? Twenty-four hours passed and the information received had changed little.

I know there was one phone call that added to the first, explaining that Jason no longer had an eye, that he was blind, and still very unstable. As a result, I remember sitting at a large desktop computer after that call, searching for and researching eye transplants. Days later Marines show up at the door; a phone call was received minutes before the doorbell rang and this was to be just a prep visit.

I sat on an ottoman that day across from these men as they informed us of what was happening. It's weird because I don't remember what they said in full sentences, just keywords. Jason's brain was swelling, blood, pneumonia, no eyes, not responding to meds, and dying. It was another one of those moments where I remember the tears and how they felt on my face.  Tears streaming down as I watched these men through blurred vision just do their job and be the bearers of bad news.

After sustaining injuries he was flown to Baghdad, Iraq and when stable enough, he was flown to Germany. Due to Jason's critical condition, he was transported with a body bag and it stayed with him during stops. Our new passports got back to us in just 48 hours due to some massive strings being pulled. I was ready to fly halfway across the world to be with him. However, he only spent 36 hours in Landstuhl, Germany before being transported to Bethesda Naval Hospital. Jason arrived in the States just a day shy of two weeks after the explosion. The odds were stacked against him, the odds were stacked against us.

I had absolutely no idea what I was about to encounter when I first saw Jason. I had no reference point at the time for severe traumatic injuries.  I had no idea what a bomb can do to a body, and by no means did I have any understanding of a wound large enough to require more medical attention than stitches.

It all seems so surreal now; walking up to those glass windows in the ICU, all of the machines providing life, and the bed. That bed holding the body with tubes running out of it. The body in a blue gown with a head wrapped with pristine, white gauze as it seemed to mask the truth. That body so swollen, silent, and still.

That body, Jason's body. Lying there fighting for life.

It's an image I will never forget. A memory frozen in time that reminds me that everything leads us to a choice. With absolutely no idea of where I would land when it all was said and done, I went after him anyway. 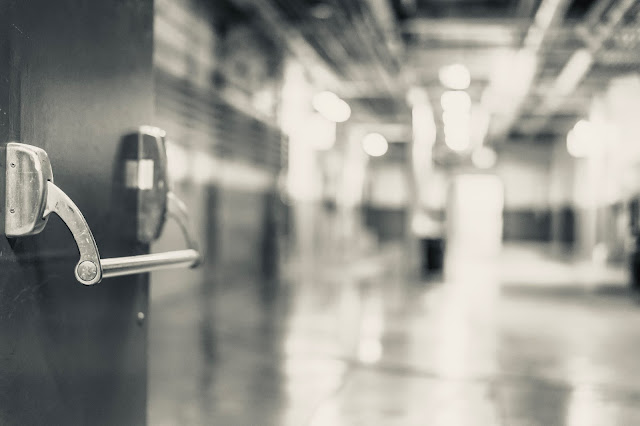 Popular posts from this blog

January 06, 2020
Pain.  The word isn’t even fun to type. Let’s be honest with ourselves for a moment; none of us really enjoy pain, and I don’t just mean physical pain but also emotional. We don’t like when we are in pain and other people’s pain makes us uncomfortable. I mean I get it. Most of the time we don’t know how to respond to people who are in pain. I’m not even sure we really know how to respond when we are in pain. It’s not something that has been openly addressed, not something generally taught and I think that is why mental and emotional health are coming to the forefront. It should be.

There is such a push to be  “okay,”  but have we even looked up the meaning to the word? Here’s the definition after Googling it - “satisfactory but not exceptionally or especially good.” I don’t know about you but I don’t want to be just okay. I want to be good, maybe even especially good. I want to be healed of past traumas and issues. Not just okay, healed.

October 01, 2019
Conversations... how to start, how to start? "What the h*ll happened to you?" Probably not one of the best starters but not uncommon in our lives. Some people deliver the question with a little more grace than the one stated above. Others look and watch, some try to look and keep their watchful eye un-noticed, little kids are blunt but never rude! For the most part it's always noticed but hey we are almost 15 years into this and we are used to it.

What are we used to? What is our elephant in the room? My husband is blind. You maybe thinking that's not that noticeable and you're correct. He is not legally blind, totally blind. As he would describe it to the sighted population; envision the black night sky with the stars and take out the starlight. That black is all he sees, all of the time.  He is also missing his right eye. That is really what makes us standout. Put the lack of an eye and total blindness together and there you have it folks, our elephant.

October 15, 2019
Hit the rewind button, let's go back and replay those memories. I can remember most of it like it was yesterday. It is all still so real and tangible. I can still feel it; the pain and tears as they cloud my eyes and run down my cheeks. I'm not sure if the pain ever completely goes away. The trauma and wounds happen, they physically heal and sometimes leave scars. Sometimes scars run deep. They pull on the surrounding tissue reminding you of another time; of who you were, what you did and who you've become.

We weren't married when Jason was hurt, only engaged. We were high school sweethearts, new to this "adulting" thing, and only weeks past my nineteenth birthday. Jason, a year and a half older but none the less still fresh into the adult world. We had been engaged for 6 months and were "planning" a wedding after he returned from Iraq. Anticipating exchanging vows sometime in September of 2004 yet that was still all hearsay. If you are a military fam…
1 comment
Read more

© Kelsi Murray and thetalkatthetable.blogspot.com, 2019. Unauthorized use and/or duplication of this material without express and written permission from this site’s author and/or owner is strictly prohibited. Excerpts and links may be used, provided that full and clear credit is given to Kelsi Murray and https://thetalkatthetable.blogspot.com with appropriate and specific direction of the original content.